By Fīnau Fonua of RNZ.co.nz and is republished with permission.

Mental health is a concern in Tonga, as the country’s struggle to recover from the January volcanic eruption has been made even more difficult by the current Covid-19 restrictions. New Zealand’s Pacific Medical Association says that people are starting to show signs of post-traumatic stress disorder.

The Hunga Tonga-Hunga Ha’apai volcanic eruption was a one-in-1000-year disaster. The resulting tsunami and ash cloud fallout have devastated the Kingdom. Waves up to 15 metres high destroyed hundreds of homes and wiped out entire villages. Miraculously only three people were killed.

Misa and his team of mental health specialists have been in Tonga since March 30 to assist with humanitarian efforts. His team focuses on training nurses and social workers for mental health rehabilitation, an area of health that is underdeveloped in Tonga.

“So far, we have delivered six training sessions with 134 participants, 99 online and 34 face to face. We provide support to the NGO and counselling services,” said Misa. 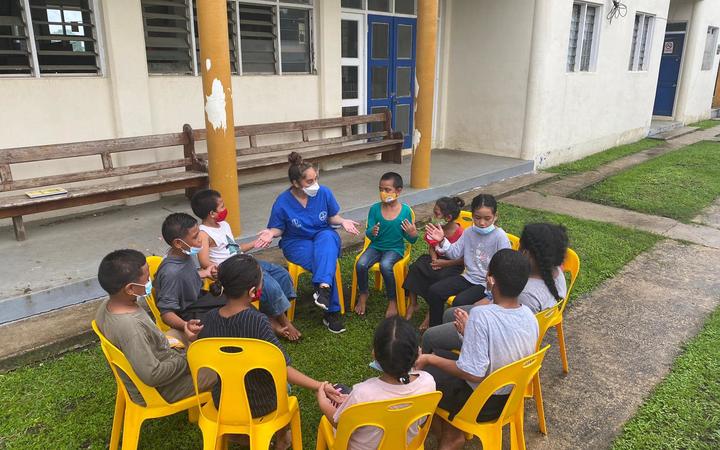 “We teach techniques in breathing, getting enough sleep, exercise and talking therapies.

Misa said the Hunga Tonga Hunga Ha’apai eruption was a highly traumatic event that caused huge amounts of stress and anxiety. He said there have been signs of post-traumatic stress disorder, particularly in children who suffer panic attacks triggered by loud sounds, reminiscent of the volcanic explosion.

According to Nasa, the sound was so loud that it could be heard from as far away as Alaska.

“They described it as deafening, and it triggered a lot of stress and anxiety,” he said.

“Every time there is thunder, kids would cover their ears, and run and hide. Look for a table or something to hide under. Like the kids will be out playing but as soon as there is thunder, their life is no longer there.”

This stress has been further exacerbated by the recent outbreak of Covid-19. Tonga has been under lockdown since February with heavy restrictions on movement and business closures, Misa said.

“The people are already traumatised by the event of January 15 and now you have Covid-19 which has ordered more stress. People get that the Ministry of Health is just trying to contain Covid-19 to protect our vulnerable, but it doesn’t take away the fact that it is a mental challenge.” 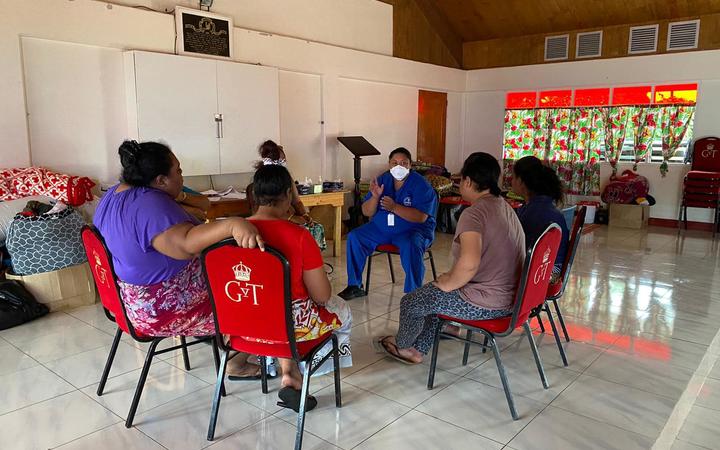 “Stress is inevitable so you have to learn how to manage it instead of reacting to it inappropriately. Sitting idle during lockdown makes you vulnerable.”

Paulsen has been coordinating donations from Rotaries around the world. He said that the disaster had a traumatic effect, especially in the days following the eruption.

“We have sliding doors in the house and it creates a slight rumbling sound reminiscent of the explosion. Whenever I’d open the door, people downstairs would say ‘is that you Peter?’ to make sure it’s me and not the volcano.”

“There was a definite sensitivity. About nine days after the explosion, there was a day of heavy thunder and several people rang me to confirm that the sounds in the sky were thunder and not an eruption, because I live by the coastline where the horizon over the Hunga Tonga-Hunga Ha’apai volcano is visible.

Stress shows in many ways and different degrees. You notice your ability to process information, to think things through it affected,” Paulsen said.