Initial testing indicates some teens will fail compulsory NCEA standards because they don’t use capital letters and full stops and don’t know how many minutes are in an hour. 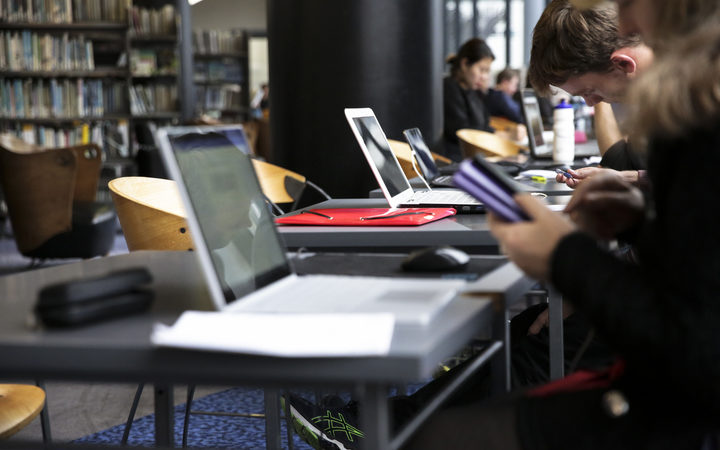 The new standards, one for numeracy and two for literacy, become a must-pass co-requisite for the certificate of achievement next year.

But assessment reports show that a test run last year found many teenagers cannot write without intrusive spelling, punctuation and grammar errors, and cannot correct a text to ensure tenses, verbs and pronouns are right.

It also found measurement and geometry are areas of weakness, and markers were worried by the number of students who did not know there were 60 minutes in an hour.

The standards are being introduced because a study revealed 40 percent of students who get NCEA level 2 are not functionally literate or numerate.

Secondary Principals’ Association president Vaughan Couillault said the mistakes were a worry, but could be explained by the timing of the test last year and who sat it.

“It’s probably a case of was the sample size in the trial indicative of the population, what time in terms of lockdowns and school disruptions was it taken – a number of factors that could have contributed to those little eyebrow-raising bits of feedback,” he said.

Couillault said there would be a lot riding on a wider trial run that would involve more schools and students, to be held in June.

“If it’s a co-requisite, as it is, and people perform poorly in it, then that is going to be problematic.

“So it is something that particularly at the secondary level that we need to pay acute attention to,” he said.

Education academic Michael Johnston is a senior fellow at the New Zealand Initiative and worked on the study that first identified teens’ poor literacy and numeracy.

He said the standards looked well designed to prove that students could read, write and do maths well enough to function in society.

“Looking at the numeracy assessment I can see lots of questions about reading maps, about calculating prices on the basis of weight and things like that. Those all look very valid skills to be testing in a numeracy assessment,” Dr Johnston said.

“Likewise the reading assessment and the writing assessment look to be assessing the kinds of things that people would need to be able to do in everyday life.”

He said it would be interesting to see how many students passed the tests given New Zealand’s declining results in major international tests.

Association of Teachers of English vice president Pip Tinning said teachers were familiar with the sort of errors the marking reports highlighted.

“Those comments have come up historically in a number of reports with a lot of different writing assessments, so they’re not super new. I’ve been teaching for nearly 25 years, interestingly I’m not seeing it personally as much as I used to,” she said.

“It’s something that’s been looked at forever. So it is something we do consistently look at. We are trialling new things. I’m not sure whether I would be confident to say we are doing it better, but we are constantly looking to improve how we do teach those areas,” she said.

Tinning said the trials in June and September this year would give teachers a better idea of how many students would pass the test.

She said poor literacy reflected a society that did not value reading and writing as worthwhile activities.

“If you sit and read or you sit and write, we look at it now as a self-indulgence and it needs to be something that is part of who we are and what we do.”