By Eleisha Foon of RNZ.co.nz and is republished with permission.

A shipment of medical supplies is heading to Tonga this week with the help of Moana Pasifika players. 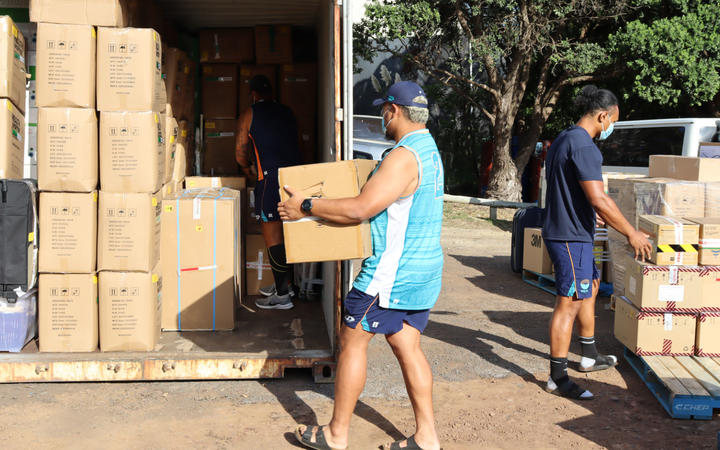 More than US$52,000 was raised in the ‘Ofa Atu Tonga’ fundraiser, which kicked off on February 4 at the Moana Pasifika pre-season game against the Chiefs.

The money has been used to purchase vital medicines and medical equipment, including PPE gear. These supplies will be distributed to hospitals across Tonga including the main hospital on Nuku’Alofa, Vaiola Hospital, and Ha’apai’s Princess Fusipala Hospital.

Donations were received from more than 10,000 people from around the world including Japan, US, UK, Cook Islands and New Zealand.

The medical supplies are being sent, via container, to Tonga this week. They will be met by a team from Pasifika Medical Association (PMA) who were deployed on March 30, to provide medical assistance, primarily mental health support.

The PMA team of eight specialists will help people who were displaced by January’s eruption and tsunami, and are experiencing anxiety and depression.

The Chief Surgeon Specialist at the Ministry of Health in Tonga and PMA Patron, Lord Tangi o Vaonukonuka, said he was “grateful for the container of donated medical supplies” and acknowledged everyone who took part in the campaign.