The Tonga netball team is being celebrated at home after an unbeaten run in the Pacific AusSports Netball Series in Sydney. 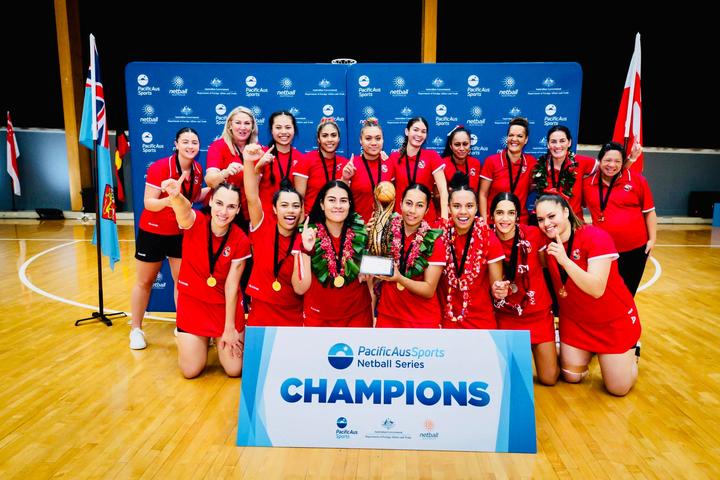 The kingdom was unranked before the week-long competition, and a new team of uncapped players had to be hastily put together following disruptions due to the volcanic eruption and Covid pandemic.

Tonga laid down a marker with a crushing 85-42 triumph over Papua New Guinea in the opening round before upset wins over World Cup regulars Fiji (68-54) and Samoa (60-56).

CEO of Tonga Netball, Salote Sisifa said most players had trained together for less than a week.

“The girls, the whole squad had just literally gotten together on a Wednesday and the tournament started on a Monday,” she said.

“If you picked it up on (captain) Hulita Veve’s speech at the ceremony, she mentioned, ‘I only met you guys last week and here we are with the winning trophy and gold’. They had literally just came together within a week.”

Sisifa, who has been helping with the relief effort following the Hunga Tonga-Hunga Ha’apai volcanic eruption and tsunami in January, said the team was motivated to cheer up the kingdom.

“This year alone in 2022, with everything that’s happened, it’s just been nothing but bad news one after the other for our country,” she said.

“We need something to just unite the national pride in Tongans to remind us of how resilient we are. Just some sign of hope, it was something positive for our people.” 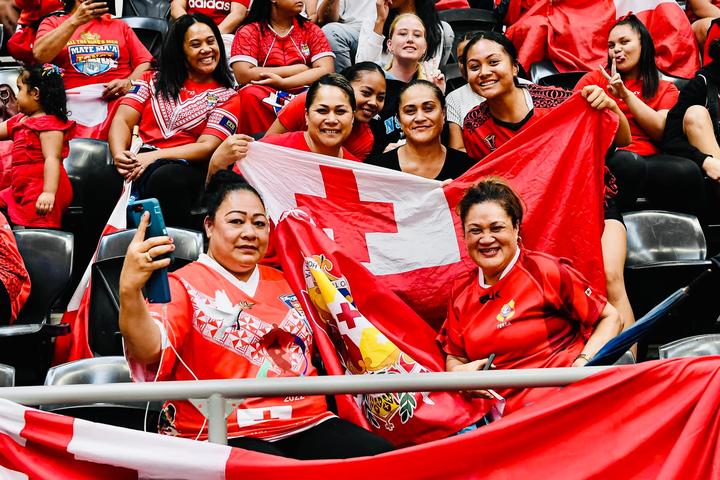 Tonga’s Prime Minister Hu’akavameiliku Siaosi Sovaleni publicly commended the team for cheering the kingdom up, while Queen Nanasipau’u also conveyed her “heartfelt congratulations” to the team for their performances.