Tonga Cable Ltd says the country’s domestic telecommunications cable may take up to a year to fix.

The cable was ripped apart by January’s devastating volcanic eruption and tsunami. 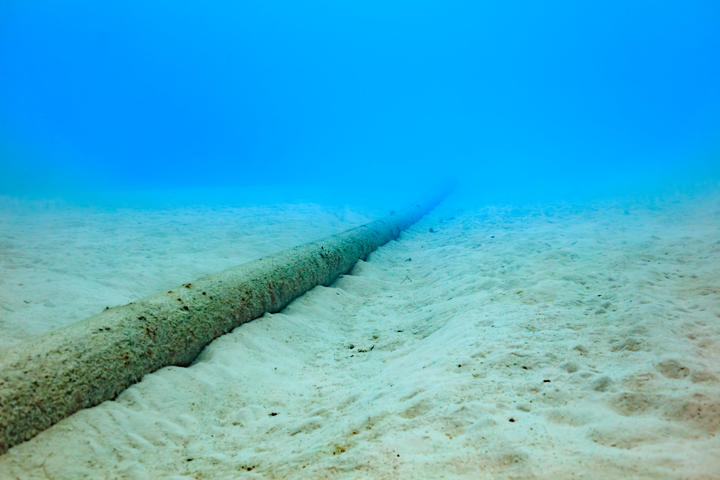 Tonga Cable chief executive James Panuve says up to 110km of a special cable may have to be manufactured in France, if it can’t source a spare cable of the same type elsewhere.

The cable ship Reliance departed the cable site on Monday after successfully recovering both ends of the domestic cable.

The Southern Cross Cable, connecting Tonga to the world, was repaired just over a week ago.

Panuve said the south end of the broken cable was found 31km from Tongatapu and the north end was located about 136km from Tongatapu. There is gap of around 110km between the two broken ends.

“It has attempted to recover the middle section but it appears that the cable has been deeply buried under debris from the volcano eruption of 15 January. Without proper survey equipment it is hard to tell what has happened to the cable system. Water depth in this area is between 1.6 to 1.8km,” he said.

Panuve said the ship will provide Tonga Cable with a more detailed report on their findings, “but we estimate that we are looking at needing up to 110km of this submarine cable before we can repair the damage to the domestic system.

“The other problem is that this cable type is not easily sourced and none of our neighbouring cable operators have any of this cable type. We are looking worldwide for anyone with spare cable of this type, failing which, we will need to order it from Alcatel in France, which could take 6-9 months to manufacture and deliver.

“But as with most things, I think it would be safe to bet on a year,” he told Matangi Tonga.

The seabed around the Hunga Tonga – Hunga Ha’apai volcano changed dramatically during the eruptions, and the domestic cable was laid close to it. Tonga might have to rethink whether it’s safe to lay a new cable in the same place. James hopes some proposed research of the seabed will go ahead.

“We have been contacted by a group known as the International Cable Protection Committee who are interested in sending a research vessel to do a survey of the area and our cable system to see what the seabed looks like after the devastating volcano eruption of January 15.

“This may be of great assistance for Tonga Cable in understanding what happened to our two cable systems and possibly whether it is safe to relay our domestic cable on its original path. If successful, the research vessel may be visiting our waters in March or April of this year.”

James also expressed his gratitude to the neighbouring cable operators in the region who helped Tonga repair the break in its international cable between Fiji and Tonga.

“Although the repair time was a bit longer than what we had originally anticipated, considering the amount of damage caused to our international cable we are lucky to have had it repaired by February 22.

“Some cable operators reached out to us to offer their assistance and we also had to ask some of them to lend us some of their spares, which were stored on the cable repair ship, Reliance.”