All southbound traffic lanes on State Highway One over the Auckland Harbour Bridge have now reopened after they were closed while anti-mandate protesters marched across the bridge. 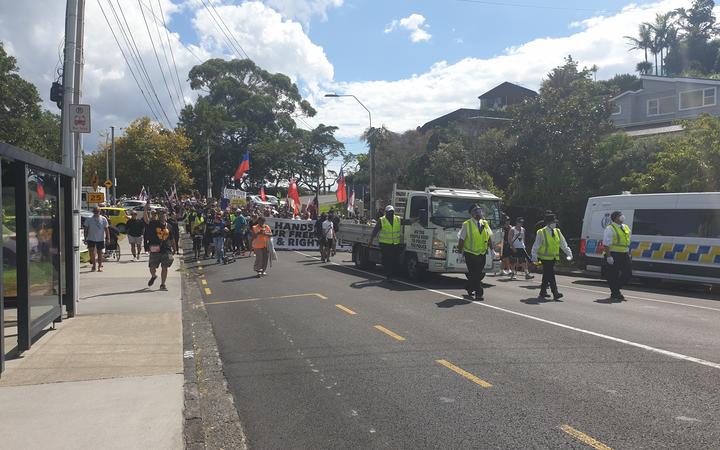 State Highway 1 on the Northern Motorway was now closed to southbound traffic between Esmonde Rd and Fanshawe St and motorists were being asked to delay non-essential travel across the Auckland Harbour Bridge.

Thousands of anti-mandate protesters marched onto the bridge from the North Shore late this morning, chanting “mandates gone, first of March”.

This morning hundreds of people gathered at Onepoto Domain at the northern end of the bridge and then set out towards the bridge.

Māori Wardens told RNZ they were escorting the protesters for safety reasons.

The march had been organised by Destiny Church’s Freedoms and Rights Coalition. 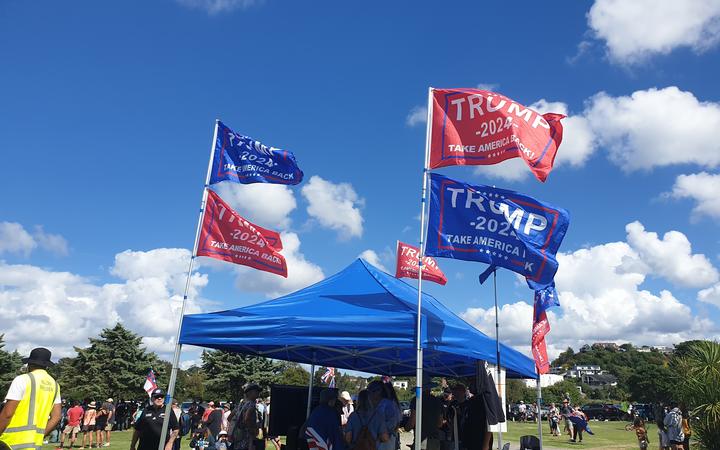 In a statement, police said the safety of staff, road users and protesters was the priority.

They will be actively engaging with the protesters to prevent them crossing the bridge due to the significant safety risks posed.

Despite the safety concerns, protest organisers say they have worked with the police on traffic management. 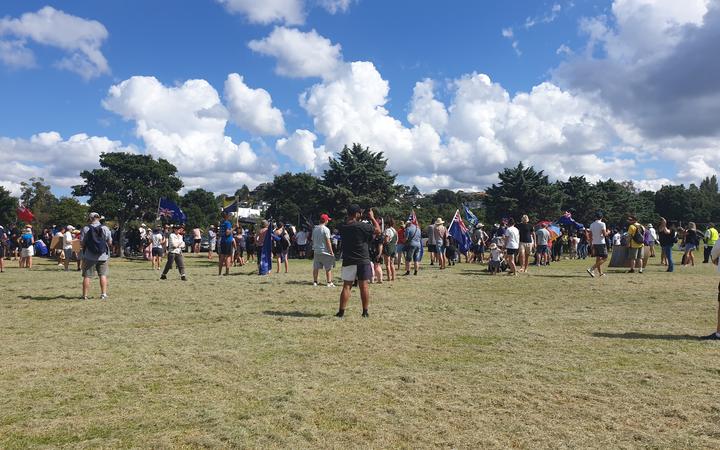 Anti-mandate protesters gather at Onepoto Domain on the North shore as they prepare to march across the Auckland Harbour Bridge. Photo: RNZ