Tyson Fury won a slugfest with Deontay Wilder with an 11th round knockout to retain his WBC heavyweight title in Las Vegas on Saturday. 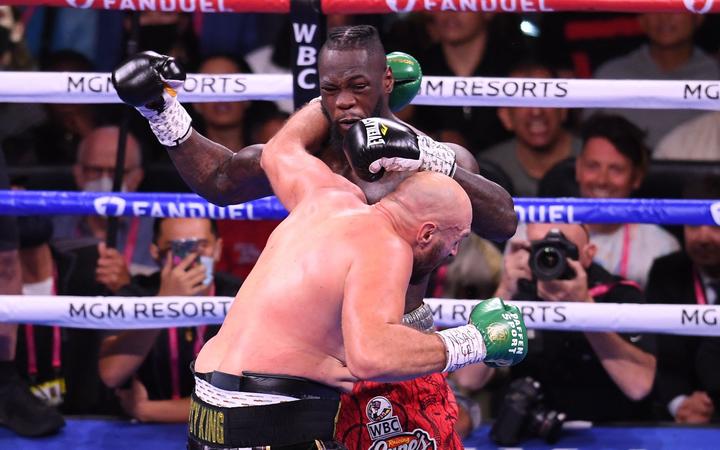 Fury knocked Wilder down in the third round but the American responded in the fourth, sending the Briton to the canvas twice thanks to his powerful right hand.

“I was down a couple of times, I was hurt, Wilder is a strong puncher,” he said.

“It was a great fight tonight. I will not make any excuses, Wilder is a top fighter, he gave me a run for my money. I always say I am the best fighter in the world and he is the second best.”

With the win, Fury (31-0-1) has now taken two of the three meetings between the rivals, following on from a controversial draw in 2018 and a stunning seventh round TKO to Fury in February last year.