An experimental drug for severe Covid cuts the risk of hospitalisation or death by about half, interim clinical trial results suggest. 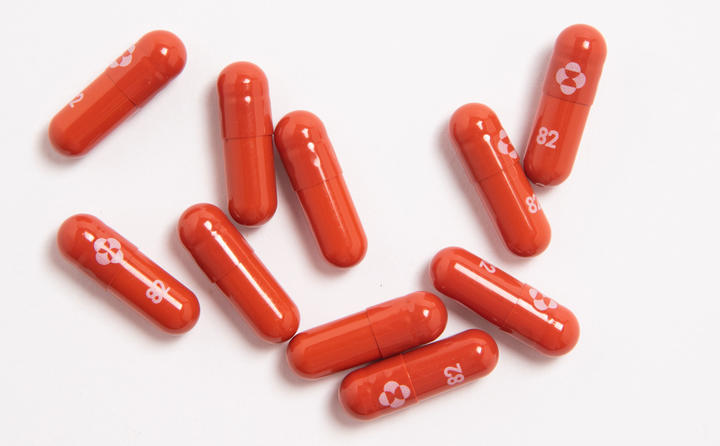 The tablet – molnupiravir – was given twice a day to patients recently diagnosed with the disease.

US drug-maker Merck said its results were so positive that outside monitors had asked to stop the trial early.

It said it would apply for emergency use authorisation for the drug in the US in the next two weeks.

Dr Anthony Fauci, chief medical adviser to US President Joe Biden, said the results were “very good news”, but urged caution until the US Food and Drug Administration (FDA) had reviewed the data.

If authorised by regulators, molnupiravir would be the first oral antiviral medication for Covid-19.

The pill, which was originally developed to treat influenza, is designed to introduce errors into the genetic code of the virus, preventing it from spreading in the body.

An analysis of 775 patients in the study found:

* 7.3 percent of those given molnupiravir were hospitalised

* that compares with 14.1 percent of patients who were given a placebo or dummy pill

* there were no deaths in the molnupiravir group, but eight patients who were given a placebo in the trial later died of Covid

The data was published in a press release and has not yet been peer-reviewed.

Unlike most Covid vaccines, which target the spike protein on the outside of the virus, the treatment works by targeting an enzyme the virus uses to make copies of itself.

Merck, known by the name MSD in the UK, said that should make it equally effective against new variants of the virus as it evolves in the future.

Daria Hazuda, Merck’s vice-president of infectious disease discovery, told the BBC: “An antiviral treatment for people who are not vaccinated, or who are less responsive to immunity from vaccines, is a very important tool in helping to end this pandemic.”

Trial results suggest molnupiravir needs to be taken early after symptoms develop to have an effect. An earlier study in patients who had already been hospitalised with severe Covid was halted after disappointing results.

Merck is the first company to report trial results of a pill to treat Covid, but other companies are working on similar treatments. Its US rival Pfizer has recently started late-stage trials of two different antiviral tablets, while Swiss company Roche is working on a similar medication.

Merck has said it expects to produce 10 million courses of molnupiravir by the end of 2021. The US government has already agreed to buy $1.2bn (£885m) worth of the drug if it receives approval from the regulatory body, the FDA.

The company said it is in ongoing discussion with other countries, including the UK, and has also agreed licensing deals with a number of generic manufacturers to supply the treatment to low and middle-income countries.

Prof Penny Ward, from King’s College London, who was not involved in the trial, said: “It is greatly hoped that the antiviral task force has, like the vaccines taskforce, pre-ordered courses of this medication.

“[This is] so that the UK can, at last, properly manage this condition by treating vaccine breakthrough disease, and relieve pressure on the NHS during the forthcoming winter.”

Prof Peter Horby, an expert in infectious diseases at University of Oxford, said: “A safe, affordable, and effective oral antiviral would be a huge advance in the fight against Covid.

“Molnupiravir has looked promising in the lab, but the real test was whether it shows benefit in patients. Many drugs fail at this point, so these interim results are very encouraging.”