The Ministry of Health announced 60 new community cases of Covid-19 today, the most in nearly six weeks, while Northland and the Bay of Plenty continued to deal with positive cases visiting their regions. 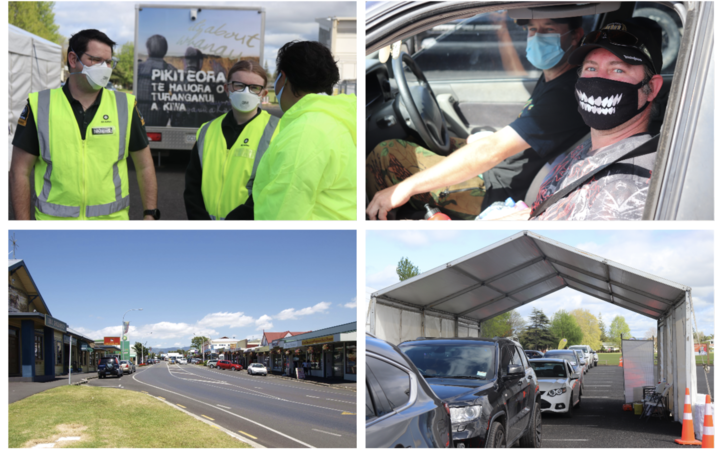 Of the 60 new cases reported today, 56 were in Auckland, three in Waikato and one in Bay of Plenty that was announced last night.

It’s the most new cases reported since September 1, when 75 cases were revealed.

In a statement today, the Health Ministry said 41 of today’s new infections have been linked to earlier cases.

There have been no cases reported yet in Northland after a positive case visited there, but the region remains on edge.

The ministry said there are 29 infected in hospital, including seven in intensive care.

The unit closed yesterday afternoon for a deep clean.

There were 20,421 tests carried out in New Zealand yesterday, including 7071 in Auckland.

There have now been 1587 cases in the current Delta outbreak, and 4265 Covid-19 cases in total in New Zealand.

Outside of Auckland, officials continue to follow up details of the positive case who visited Northland and the other case revealed in the Bay of Plenty last night.

Authorities have now contacted a woman who travelled in Northland with another woman who later tested positive for Covid-19, but they still don’t know her location.

It’s not known if this second woman has Covid-19.

The woman who tested positive remains in an Auckland quarantine facility, the Ministry said in a media statement. That woman had not been “forthcoming” in providing information to contact tracers, Prime Minister Jacinda Ardern said, complicating efforts to track down any possible cases.

The Bay of Plenty town of Katikati is also on high alert after a person tested positive yesterday for Covid-19, with new locations of interest in the region named by the Ministry of Health this morning. The infected person was tested in Auckland, but are moving to the Bay and were in the region when the result arrived.

Western Bay of Plenty mayor Garry Webber said Katikati is hoping to prevent further infection. He said the result was a weak positive.

“But regardless of what it is, it is here in one shape or form and we just have to get into preventative mode.” 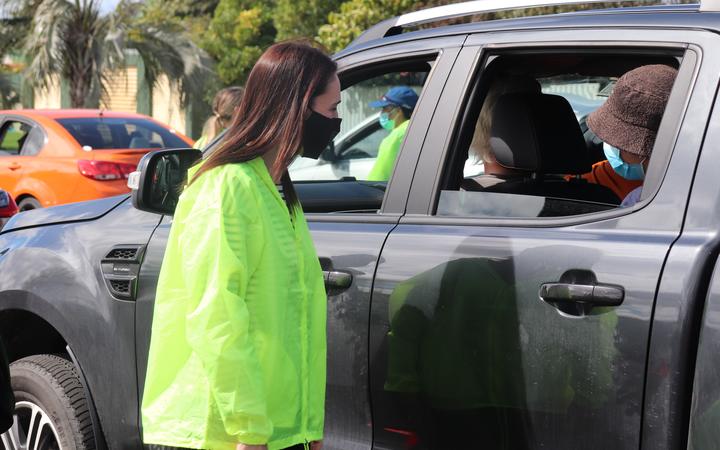 Nearly 82,000 doses of the vaccine were administered yesterday.

This includes 18,000 people receiving their first shot, and 65,000 people completing their course of both vaccines.

Prime Minister Ardern continued her visit to East Coast communities to encourage vaccination with a trip to Gisborne this morning.

Turanga Health’s clinic was in high demand, with many people in cars lining up to be vaccinated.

Parts of the city have some of the lowest vaccination rates in the country.

This was the last stop on the Prime Minister’s four-day tour of East coast communities, and she returned to Wellington today. She visited Rotorua, Murupara, Hastings, Wairoa, Gisborne and Ruatōrea.

Ardern said she was trying to support people.

“There’s not too much that’s useful I can do at a vaccination centre, other than distract people when they get injected, or provide a coffee.”

In the last seven days 115,000 people have received their first shot.

Another 9700 Māori were vaccinated, after yesterday’s record of just over 10,000.

Auckland now has 86 percent of people with at least one dose.

New South Wales Premier Dominic Perrottet says the state’s residents have “earned” the easing of COVID-19 restrictions which will come in effect tomorrow.

A large number of restrictions will be eased on Monday in NSW for those who are fully vaccinated after more than 100 days in lockdown.

Cafes, restaurants and bars will reopen, 10 people will be allowed to visit a home and the caps on numbers at weddings and funerals will increase dramatically.

Perrottet said it would be a “big day” for the state.

“You’ve earned it. We’re back in action tomorrow after more than 100 days making enormous sacrifices,” he said.