By RNZ and is republished with permission

18 years after making his professional debut, the former Tonga captain is still clearing rucks and making tackles at the ripe age of 39 for Hino Red Dolphins in the Japan Top League.

The Dolphins season came to an end at the weekend as they were outclassed 49-29 by Toyota Verblitz to miss out a spot in the Top League quarter finals.

It’s been three years since Latu accepted a six month contract to return to Japan but he hasn’t ruled out playing on into his fifth decade.

“I thought I had made my decision of 50/50 hanging up my boots but I got another offer from another club, so at the moment I’m sitting on the fence,” he admitted.

“I’ve just got to have a look at it and if it fits in with the time period I will probably carry on and if not I guess I’ll come home and enjoy the club rugby and see how it goes from there.”

The proud father is looking forward to being reunited with his wife Lavinia and their four children (aged 15, 13, 10 and three) in Auckland, admitting it had been hard to be separated from his loved ones for so long because of the Covid-19 pandemic.

“My two older ones are in college so I miss a lot of being there as a father on-hand most times. Credit to my wife for holding the family down while I’m away and I’m on the verge of I’m not sure at the moment, 50/50, if I’m going to hang the boots up or come back home.”

But he was also grateful to still be able to lace up his boots and do what he loves to provide for his family.

“Moving from Tonga quite young as well and understanding, being in a household with six brothers and one sister, seeing the parents also struggling to make ends: that was my motivation quite early from high school leading into my career and now I have a family with four kids and that’s my drive at the moment.”

The Sacred Heart College old alumni made his professional debut in 2003 and still name-checks Bay of Plenty’s Ranfurly Shield win over Auckland in 2004 as one of his greatest rugby memories.

Latu was born in Tonga but moved to New Zealand with his family in 1991. Growing up in Aotearoa, he dreamed of playing for the All Blacks but the former Chiefs and Hurricanes flanker holds no regrets about moving to Japan in 2007, and later England, which opened the door to him representing the ‘Ikale Tahi.

“I had to make a decision of chasing the black jersey or going with the money and helping my family. It’s a decision I’m very grateful I made quite early in my career and, when I look back now, I’m very blessed to still be playing.”

Latu has played more than 50 tests for Tonga and the Pacific Islanders since his debut in 2006, including at two Rugby World Cups.

His last international appearance was an emotional affair, as the ‘Ikale Tahi beat Samoa in their first test on home soil in eight years.

“I didn’t know that was my last test for Tonga and that’s something that has stuck with me, with my journey up to now,” he said.

“…from my point of view, if I wasn’t in the scene after 2017, I guess being home for the first time after nine years and playing in front of my own people, I would love to announce my retirement from internationals just at the front of my people.”

Tonga hasn’t played in Nuku’alofa since 2017 and Latu hoped the current squad will also get the opportunity to play in front of their home supporters.

“We are proud people but it felt like we were exiled for so many years and I guess that’s through our own doing: it’s either our board, our government or our politics, but I really believe that’s one of the memories I will hold and the reason why I decided to play for Tonga was for my people.” 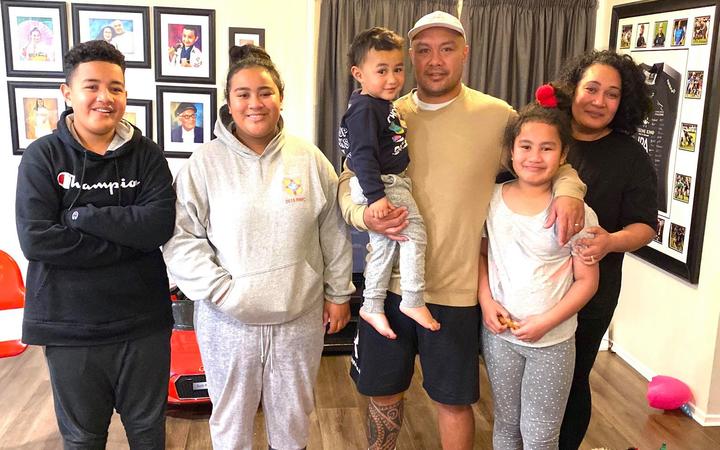 Sport brings Tongan together, he said.

“It was 80 minutes but it made the whole country happy for 80 minutes, and that’s something that’s really hard, even our own government cannot do and our own people cannot do.

“When it comes to sport – if it’s either league or rugby – that’s the only moment that I see our country really happy. Our rugby and our league brings our people together.”

And while it’s been a long time between drinks, Latu isn’t ruling out a fairytale comeback in Tonga’s upcoming Rugby World Cup qualifiers against Samoa.

The Polynesian rivals will play two tests in New Zealand in July, and former skipper has already sounded out head coach Toutai Kefu.