Covid Personal Protective Equipment has been delivered to Tonga by the New Zealand military. 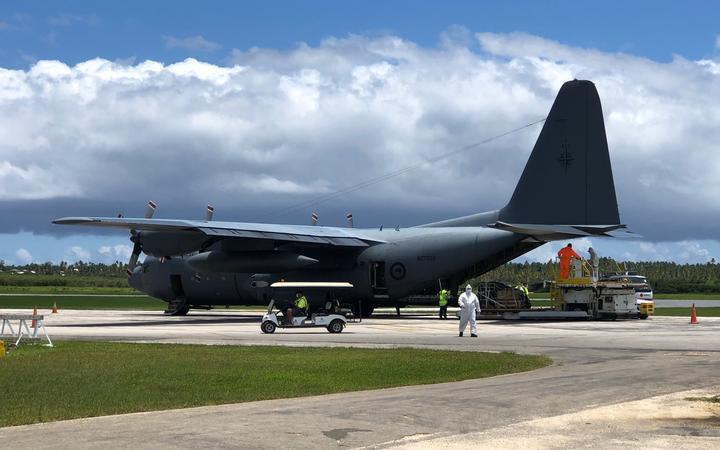 The freight was delivered in a contactless logistics stop.

The PPE, including 3800 gowns, was provided by New Zealand government to be used by Tongan health workers and those staffing managed isolation facilities in Tonga.

It was the first time a Royal New Zealand Air Force aircraft had landed in Tonga since Covid-19 border restrictions were imposed in March.

“Aircrew on our aircraft have robust procedures in place for preventing any potential spread of Covid-19,” Air Commodore Tim Walshe said.

“They have now carried out numerous contactless logistics stops, including when delivering aid to Pacific nations following Tropical Cyclone Harold earlier this year.”

“As Tonga enters the cyclone season it’s essential they have their heavy vehicles fully operational in case they need to get supplies and support in to remote areas in a bad weather event.

“The New Zealand Defence Force has a close partnership with HMAF. Providing the Unimog parts is a practical way we can demonstrate this and support important real-time capabilities,” he said.