Fiji’s Autumn Nations Cup rugby Test against Italy has been called off after 29 members of the touring party tested positive for Covid-19. 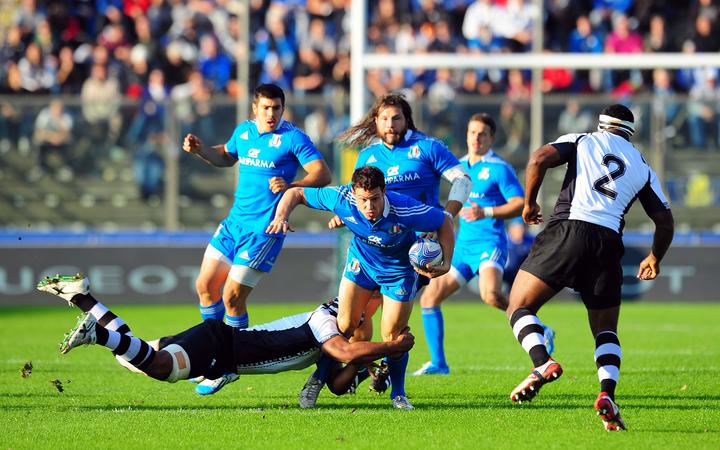 Italy’s Luca Morisi is tackled by Fiji’s Nemani Nadolo during their 2013 test in Cremona. Photo: PHOTOSPORT

The decision was taken after the squad underwent a new round of Covid-19 testing on Monday.

“After contact tracing, our medical team and FFR medical team have been able to narrow down the origin of the virus but since the team has been training and living in their own bubble, it has spread to other members of the team and management,” he said.

“Our medical team with the support of the FFR, and Tournament medical team are continuing to closely monitor the team since no one has any symptoms and all are healthy and doing well. No one has required any form of medical treatment.”

John O’Connor said their priority now is the safety and well-being of the players and management staff.

“Fiji Rugby and the Organisers are committed in taking all necessary action and steps to ensure that all players are tested negative prior to any further consideration.”

In a statement, tournament organisers Six Nations Rugby said they remain in constant contact with the Fijian squad to address the situation. 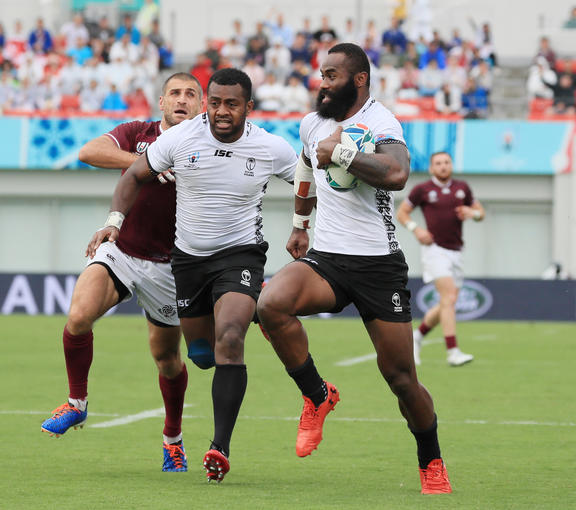 Semi Radradra was reportedly among five players to test positive prior to the cancelled Test against France. Photo: AFP

“The main priority at present is the welfare of all players and management.”

The Fiji squad, which includes 32 players and the management staff, is currently self-isolating in their hotel rooms at their tournament base in Saint-Galmier, France.

A warm-up test against Portugal was cancelled earlier this month when three members of the Flying Fijians squad tested positive for the coronavirus, while Monday morning Nations Cup clash against France was scrapped when five Fijian players returned positive tests.

France were awarded a 28-0 victory and a bonus point after the Flying Fijians were unable to front for the test in Vannes. 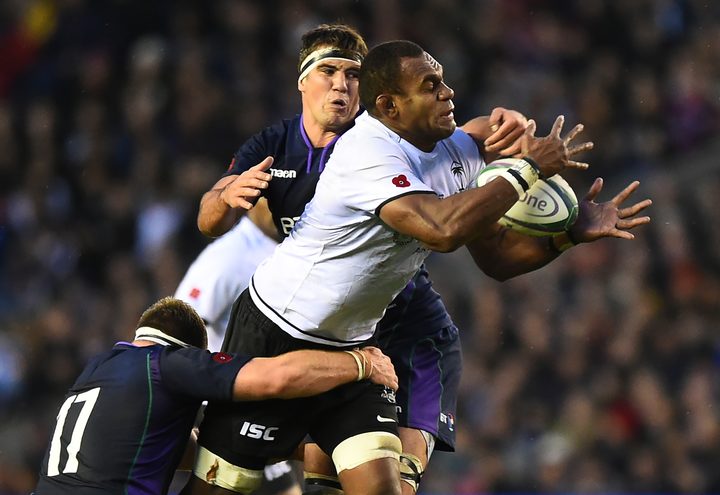 Fiji’s final group match against Scotland remains up in the air. Photo: AFP