Masks will be mandatory on all domestic flights in New Zealand, as well as public transport in Auckland, from Thursday.

Hipkins says masks will be required to be worn on all public transport within Auckland, and travelling in and out of the city, and all domestic flights around the country from Thursday this week.

He says there will be some exemptions, and the rules will not be policed by bus or taxi drivers. Instead, police can be brought in as a last resort, he says.

“We’re not expecting bus drivers to stop the bus and police these measures,” he says. Police will be out and about taking an “educate and encourage” approach.

Mask wearing has so far only been required on planes and public transport at level 2 and above, but a mystery case in Auckland last week meant Aucklanders were asked to wear them on public transport.

Hipkins says the government will also look at whether wider mask use is required nationwide – including on all public transport including buses across New Zealand.

The overall guidance to Kiwis is that when you are in a confined space, you should be wearing a mask, he says, but it is hard to mandate for that so the government is relying on people using common sense.

Ardern says Cabinet today made the decisions to improve the alert level 1 settings, saying despite robust control measures, no system is foolproof.

She says the government has moved to mandate mask use because while management of Covid-19 at alert level 1 has improved, new efforts must be employed to make it safer.

She says on flights, a blanket provision for masks was simpler, given the level of travel in and out of Auckland. The government did not hold back on this decision due to a concern about a lack of public buy-in, she says.

As for the Covid Tracer app, the government wants more people using it and the biggest incentive is a restriction-free summer holiday, Ardern says, but the government is “thinking creatively” about how to encourage people to use the app.

Hipkins says privacy is a key consideration around the app, and it is important people stay in control of their data.

Ahead of the decision, Ardern told Morning Report the government had continued to encourage the use of masks, but it was a big difference to mandate something, and she did not take the decision lightly.

However, she supported the move to compulsory mask use.

University of Otago epidemiologist Michael Baker has called for masks to be mandatory on public transport and planes for the foreseeable future.

Covid-19 was an ongoing threat and masks were another valuable “line of defence”, Baker said.

Government too slow to act – expert

University of Otago public health expert, professor Nick Wilson, has been advocating for mandatory mask use since April.

Listen to the full interview with Nick Wilson duration3′ :58″
from Midday Report
Add to playlist
Download

Listen to the full interview with Nick Wilson 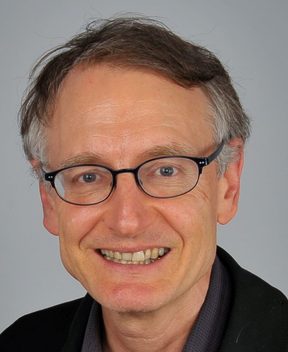 Ahead of the Cabinet decision today, he told Midday Report it was a good idea to mandate mask use on flights and public transport – but it should be applied to the whole country, not just Auckland.

“We really have had way too many border control failures recently, in fact we’ve had eight since early August, so around once every two weeks. So we’ve really got to both improve our border defences and have these extra safeguards, such as mask wearing on public transport.”

These safeguards needed to be in place until border measures were improved, such as pre-flight testing and pre-flight quarantine, he said.

“Other countries are using better systems and we need to learn from them,” he said.

“We’ve been making extremely slow progress in this area, while, for example, Singapore at least a month ago rolled out its equivalent of the Covid card, and places like Ireland have made a much better app available.”

Wilson said he knew progress was being made in this area, but it was “way too slow”.