Argentina continued their fairytale Tri-Nations campaign, backing up their maiden victory over New Zealand last week by battling back to secure a hard-fought 15-15 draw against Australia in Newcastle. 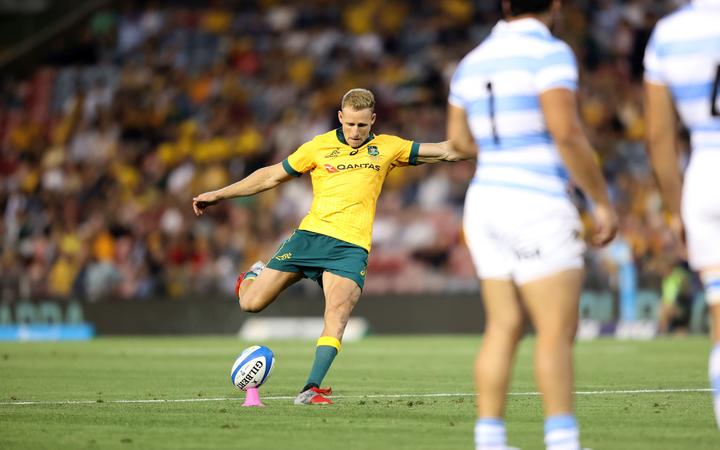 The Pumas stunned the rugby world with last week’s victory in their first test for more than a year and once again showed their remarkable durability and spirit as they wiped out a nine-point deficit over the last 16 minutes.

Nicolas Sanchez, who scored all of Argentina’s points in their 25-15 win over New Zealand, was again near-perfect from the kicking tee and sent two booming kicks over the uprights from near the halfway line late on to level up the scores.

First five-eighth Sanchez and his Australian counterpart Reece Hodge both kicked five penalties apiece in a tryless match to leave the three teams tied on six points at the top of the competition standings.

“We weren’t clinical and we didn’t have the shape so the boys are disappointed with their game,” Argentina coach Mario Ledesma said.

“They just don’t realise how hard it is to play the All Blacks, with all that emotion and everything, and then play against a fresh Australia team who had a week off and enjoyed 70 percent of possession.”

Hodge missed a penalty two minutes from time which would have secured the win for the Wallabies, as he did with a longer-range late effort in the 16-16 draw with New Zealand in Australia’s first test of the year.

Australia coach Dave Rennie, whose young side also beat New Zealand in their last outing, was left fuming at the inability of the Wallabies to close out the match with better game management in the last 20 minutes.

“At 15-6, we had control of the game. We had some chances to kick for the corners and we had some good kicking but it looks like they got bored with it. We should have closed that out.”

Australia were never going to take the Pumas lightly after last week’s performance against New Zealand and they started well, punching forwards up the middle and then moving the ball wide to their pacey outside backs. 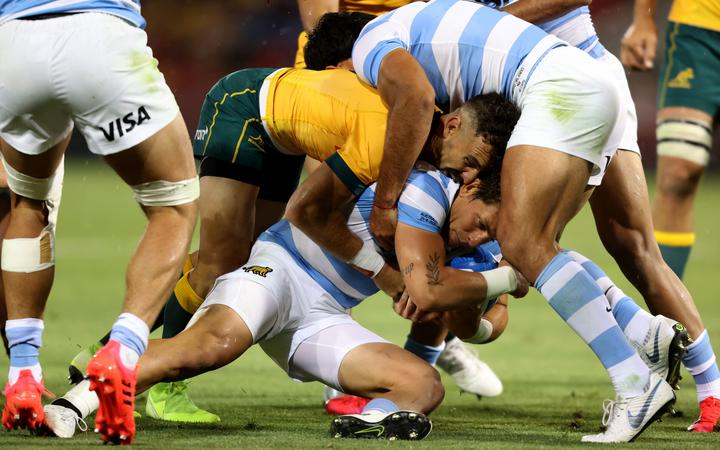 They had two tries called back by the TMO before the break, the first when centre Jordan Petaia just put his toe down on the touchline as he acrobatically grounded a Hunter Paisami grubber and the second for a forward pass.

They finished the half by laying siege to the Argentine line before finally settling for a Hodge penalty that sent them into the break with a 9-6 lead, delighting most of the 11,749 fans allowed into the rain-soaked stadium.

It looked only a matter of time before they breached the Pumas’ defence, especially when Argentina hooker Julian Montoya tested the patience of the referee at the breakdown one too many times and was sent to the sin bin.

The Pumas have shown over the last two weeks that they do not lie down for anyone, however, and they might have stolen a win they barely deserved if Santiago Cordero had managed to chase down a hack through after the fulltime hooter.

Argentina, who have spent most of the year in lockdown or quarantine because of the Covid-19 pandemic, face the All Blacks again next week before the last match of the tournament against the Wallabies in early December.