Two second-half tries in five minutes have set up the All Blacks for a 27-7 win in the the second Bledisloe Cup test against Australia at Eden Park in Auckland. 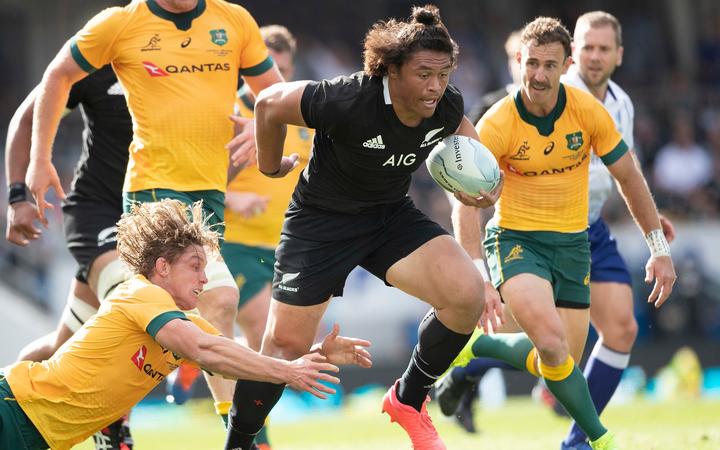 But the Australians hit back through winger Marika Koroibete as the half-hour mark approached, and the All Blacks could only take a narrow 10-7 lead into the break.

It took only two minutes after the restart for fullback Jordie Barrett to add to the New Zealand tally, after the All Blacks showed patience and timing before finding space to score out wide.

Another three minutes, and Ardie Savea powered over to finish a sparkling run from Caleb Clarke.

Ahead 20-7, the All Blacks withstood some intense pressure, holding up Koroibete over the line to deny the Wallabies before a potential try to hooker Brandon Paenga-Amosa was disallowed for a double movement.

Skipper Sam Cane scored from a midfield turnover, and at 27-7 ahead, the All Blacks looked comfortable in maintaining control until the final whistle.