Toots Hibbert, frontman of the legendary reggae band Toots and the Maytals, has died at the age of 77. 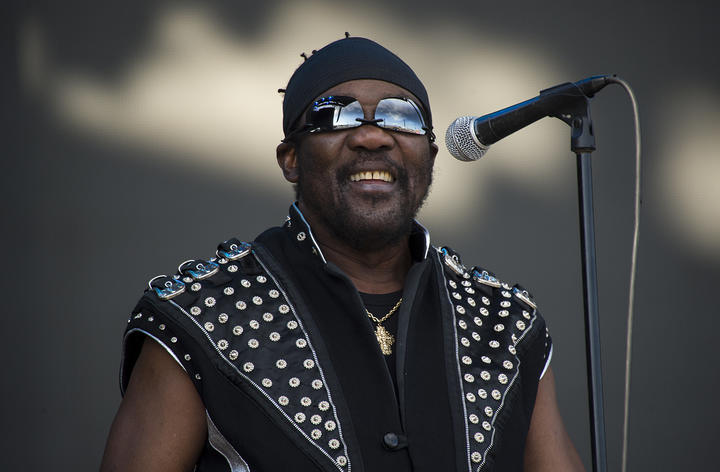 One of Jamaica’s most influential musicians, he helped popularise reggae in the 1960s with songs like Pressure Drop, Monkey Man and Funky Kingston.

He even claimed to have coined the genre’s name, on 1968’s Do The Reggay.

Hibbert’s family said he had died on Friday. The cause was not disclosed, but he had recently been taken to hospital with Covid-like symptoms.

A charismatic and soulful performer, Hibbert scored 31 number one singles in Jamaica.

Thanks to his full-throated vocals, he was often referred to as “The Otis Redding of Reggae” – but he was always Toots.

The musician was born in May Pen, a town about 30 Miles west of Jamaica’s capital, Kingston, in December 1942.

The youngest of seven children, he grew up singing gospel music in a church choir – but it was school where he formed his ambition to become a performer.

“We had to sing before class, sing in the morning,” he told BBC 6 Music in 2018. “And teacher said, ‘Yeah, you have the best voice,’ and gave me good encouragement.”

His mother, a midwife, died when he was eight, with his father dying three years later. As a teenager, he moved to Kingston, where he lived with his older brother John (who had nicknamed him “Little Toots”) and found work in a barbershop.

There, he struck a friendship with singers Jerry Matthius and Raleigh Gordon, with whom he formed the Maytals.

In 1962, the year Jamaica gained independence from the United Kingdom, they were discovered by Clement “Coxsone” Dodd, who signed them to his Studio One label.

Over the next 10 years, they released a string of hit singles including Fever, Bam Bam, and Sweet and Dandy.

But the group hit a roadblock in 1967, when Hibbert was arrested for possession of marijuana. He served nine months in jail and, on his release, recorded 54-46 (That’s My Number) – a reference to his prison number.

It became one of the first reggae songs to receive widespread popularity outside Jamaica, introducing many Europeans to the sound for the first time.

At the time, however, the word reggae didn’t exist. The music, which was an evolution of ska and rocksteady, had been called blue-beat or boogie-beat until Hibbert intervened.

“The music was there and no-one didn’t know what to call it,” he told 6 Music.

“And in Jamaica we had a slang – if we’re not looking so good, if we’re looking raggedy, we’d call it ‘streggae’. That’s where I took it from.

“I recorded this song [Do The Reggay] and people told me that the song let them know that our music is called Reggae. So I’m the one who coined the word!”

The Maytals were part of a scene that included soon-to-be legends, such as Bob Marley and the Wailers, Lee “Scratch” Perry, Peter Tosh, and Jimmy Cliff; and they recorded with everyone from the Skatalites to Prince Buster.

“It was competitive and friendly, a golden time,” Hibbert recently recalled in a profile for Rolling Stone.

The group scored a UK hit with Monkey Man in 1970, and, in 1972, Hibbert appeared in the ground-breaking film The Harder They Come.

The cult classic starred Jimmy Cliff as Ivan, a young man who travels to Kingston to seek his fortune as a singer. The first time he enters a recording studio, The Maytals are recording a song – and his eyes light up with wonder.

The Maytals’ song Pressure Drop was featured on the film’s soundtrack – which introduced many US fans to reggae – and it was later covered by the Clash, cementing the group’s reputation in the UK.

In 1980, they entered the Guinness Book of World Records after a concert in London’s Hammersmith Palais was cut to vinyl and released in just 24 hours, with Island Records boss Chris Blackwell personally delivering copies to record shops in his Mini Cooper.

A year later, however, Matthias and Gordon retired from music and Hibbert continued as a solo act.

He assembled a new version of the Maytals in the 1990s and toured extensively – but made a more high-profile comeback with the 2004 album True Love.

Boasting new recordings of his best-known hits, the record featured a host of guest stars, including Eric Clapton, Keith Richards, No Doubt, Willie Nelson, Bonnie Raitt and the Roots.

It went on to win a Grammy award, rejuvenating the musician’s career. He released a solo album, Light Your Light, in 2007 and hit the road for the Maytals 50th anniversary in 2012.

The following year, however, he was injured during a concert, and was unable to perform again until 2016.

“What happened was we were doing a college show, and one of the guys loved my music so much that he threw a liquor bottle onstage,” he later recalled.

“I tried to catch it but it but it hit my head. It was a pity that it happened. It’s taken me three years to make people happy again.”

The fan was arrested – and Hibbert told the judge he had suffered “extreme anxiety, memory loss, headaches, dizziness and, most sadly of all, a fear of crowds and performing”.

However, he requested that the 19-year-old receive a light sentence. “He is a young man, and I have heard what happens to young men in jail,” he wrote in a letter to the judge.

“My own pain and suffering would be increased substantially knowing that this young man would face that prospect.” The man received a six-month sentence.

In the ensuing years, Hibbert recorded almost every day in his home studio; and recently released what was to be his last album, Got To Be Tough.

It was co-produced by Ringo Starr’s son, Zak Starkey, who marvelled at the musician’s longevity.

“The power in his voice is beyond anyone I’ve ever met,” he told Rolling Stone. “And he has lived through all the generations of Jamaican music. He was at the forefront at the start, and he’s at the forefront now. How incredible is that?”

In 2012, Hibbert explained his theory of reggae in a profile for Interview magazine.

“If you sing nursery rhymes, it is nothing. You just blow up tomorrow, and the record dies at the same time. But if you give positive words, that song lives for ever.”