Tonga’s candidate for the top job at the Pacific Islands Forum Secretariat says she’s committed to making a difference for people across the region. 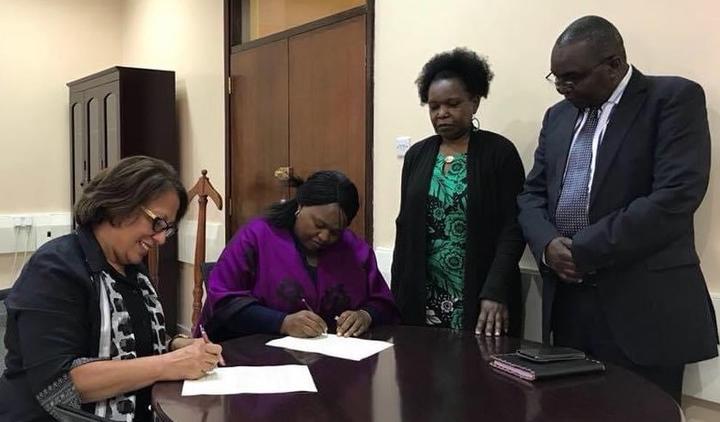 Amelia Kinahoi-Siamomua is head of the Commonwealth Secretariat’s Gender section in London.

But the 60 year-old development economist and international strategist said she has what it takes to reunite and move the region forward.

Kinahoi-Siamomua said she had a broad range of skills, professional experience, and ability to work with all people, as well as the ability to lead.

Her global experience with international organisations and networks could help her lead the Pacific Islands Forum Secretariat (PIFS) forward amid the Covid-19 pandemic and the climate crises, according to the Tongan leader.

“My goal is to be that servant leader – to reset PIFS, to be more relevant, resilient and responsive.

“This is the main political driver of Pacific regionalism and it will be the driver for sustainable development in the next eight years.”

Kinahoi-Siamomua has this unflagging conviction that the Pacific can work together to raise the standards of living for all its peoples.

And at the same time, she said, she would be leading on the global arena on issues such as climate change, trade, sustainable development and innovation, gender equality and the green, blue economy recovery of post Covid-19

“In the international arena, they have declared this is the decade of action and for the Pacific, it needs to be come more relevant to fast changing economic and social circumstances and realities that we are embracing.”

Kinahoi-Siamomua becomes only the second person from the Kingdom of Tonga to contest for secretary-general at the Forum Secretariat in Suva as Dame Meg Taylor finishes her second three-year term in January.

The late Mahe Tupouniua was the first director of the forum in 1972 – then called the South Pacific Bureau for Economic Cooperation or SPEC.

Tupouniua served until 1980 but returned in 1983 due to the sudden passing of Gabriel Gris from Papua New Guinea. Tupouniua left in 1986. SPEC did not become PIFS until 1988.

Kinahoi-Siamomua thanked the Tongan government for nominating her and having the confidence and belief in her.

She said she had s received huge support from colleagues, friends, Tongans and other Pacific islanders across the world.

“It’s an honour and it’s empowering to have the support of many people/everyone.” 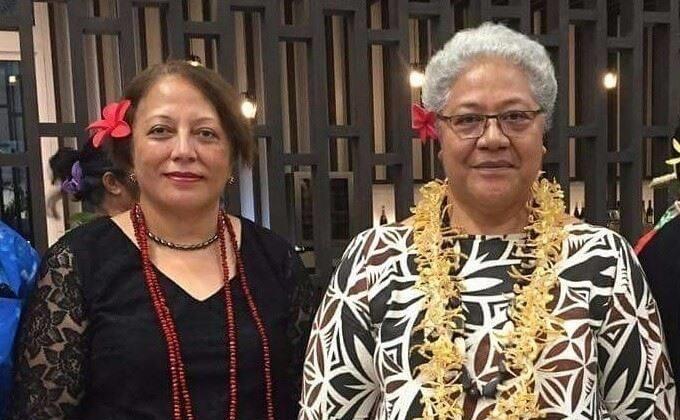 Kinahoi-Siamomua sees herself as a diplomat and senior international civil servant and development economist by training and practice over a long-career of more than 35 years.

But more importantly, Kinahoi-Siamomua said she’s a daughter of the Pacific blue continent.

Born and bred in the town of Kolofo’ou in Nuku’alofa to parents Sione and Lusiane Nina Kinahoi, she is the youngest of eight children.

Growing up in the islands, Kinahoi-Siamomua had a dream and she dreamt big – to see the world and to work internationally.

As a student at Tonga High School, Kinahoi-Siamomua was introduced to economics – studying for the New Zealand syllabus and NZ School Certificate and University Entrance.

She said her love for the subject grew as she read and wrote essays and participated in oratory contests on promoting economies and pooling of resources for common goals on goods and services in small-scale economies such as the Pacific islands.

She began her career as an economist with the Tonga Development Bank in 1985.

The family left the island Kingdom in 1989 and she said her career had taken her around the world – from small island states to Africa, Asia, Caribbean, the Middle-East, Europe, New York and now London.

Kinahoi-Siamomua said God’s plan had always been her journey.

Her husband is Mitimiti Siamomua from Samoa and the couple have five children and three grandchildren. 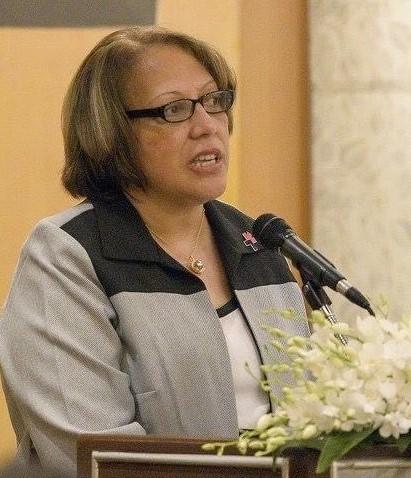 Amelia Kinahoi-Siamomua wants to make a difference in the Pacific. Photo: Supplied

So why did the international strategist sitting in London decide to take up the challenge in the Pacific?

Kinahoi-Siamomua said she had recognised her “carpe momento” – to seize the moment whenever it presented itself.

“This is that moment to raise my hand and be committed to the Pacific,” she said.

Kinahoi-Siamomua believed she could make a difference in Pacific lives with the simplest of actions.

“And that is to serve as a servant leader and give back to our people,” she said.

“It’s time to build a more robust regional order that will align to the international order.

“My professional career has been engaged with international relations and development cooperation, inter-governmental and multilateralism and has given me the opportunities to learn globally and from other regions of the world.

“Other regions such as the Caribbean – they face the same vulnerabilities that the Pacific face.”

She had a simple plan.

Kinahoi-Siamomua revealed she had been promoting her ‘4 Cs’ – coordination, cooperation, commitment and care – that would drive her in serving as a servant leader.

These, she said, would help her restore and revitalise PIFS to be more relevant.

Kinahoi-Siamomua believed Pacific regionalism and the post-Covid priorities of the blue continent had to be driven through “better coordination, looking at strategic cooperation, considering commitment and accountability and the duty of care with high ethical standards and empathy.”

Will she relocate to Suva from London?

Kinahoi-Siamomua said the thought of returning to the land of Isa Lei, which was the “family’s third Pacific home brings back fond memories of Ratu Sukuna Road and PIFS where I served as its development cooperation advisor in 1996 and 1999”.

But for Kinahoi-Siamomua to bring a clear, meaningful strategic vision to the secretary-general role, she said it must also be rooted in her genuine ofa, alofa, loloma and love for Oceania.

The appointment of the new secretary-general of the Pacific Islands Forum Secretariat is expected to be announced in the coming months.