South Africa has voted to pull its four major franchises from Super Rugby and explore expanding their presence in the European PRO14 competition in a major shift for the game in the country. 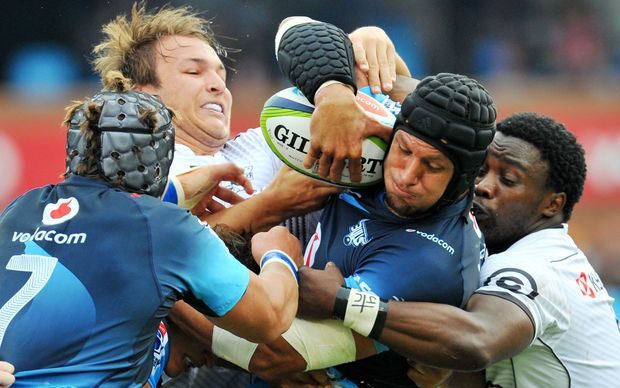 The Super Rugby side the Sharks in action against the Bulls. Photo: PHOTOSPORT

In a widely expected move, a Special General Meeting of the South African Rugby Union has decided in favour of entering the Bulls, Lions, Sharks and Stormers into an expanded PRO14, and effectively ending franchise competition against sides from Australia, New Zealand and Argentina.

The lucrative European television market, and more favourable time zones and travel logistics, are behind the move, with the Cheetahs and Southern Kings having played in the PRO14 since 2017.

They will be replaced by the new quartet, with the Cheetahs possibly playing in a revamped SANZAAR Super Series, the details of which have yet to be announced, if costs can be kept neutral.

“Our members are excited about the prospect of closer alignment with the PRO Rugby Championship and seeking a northern hemisphere future, but we would not have been taking this decision but for actions elsewhere,” SA Rugby chief executive Jourie Roux said in a statement.

His comments come after the New Zealand Rugby Union unilaterally decided to proceed with a domestic or trans-Tasman competition in the future that effectively brought an end to Super Rugby in its current format.

SA Rugby will now accelerate preliminary conversations with the organisers of PRO14 on their representation in the competition, which is a joint venture between the rugby unions of Ireland, Wales, Scotland and Italy.

“These are extraordinary times, if this had been an ordinary year, we would not have had this meeting,” SA Rugby president Mark Alexander said.

“But we needed to take radical steps to avoid financial meltdown because of the COVID-19 crisis.”

It is likely that the world champion Springboks will remain part of the Southern Hemisphere Rugby Championship for the foreseeable future.

–Reuters. This story appeared on RNZ