By Matthew Theunissen, Reporter. This story originally appeared on RNZ website and is republished with permission 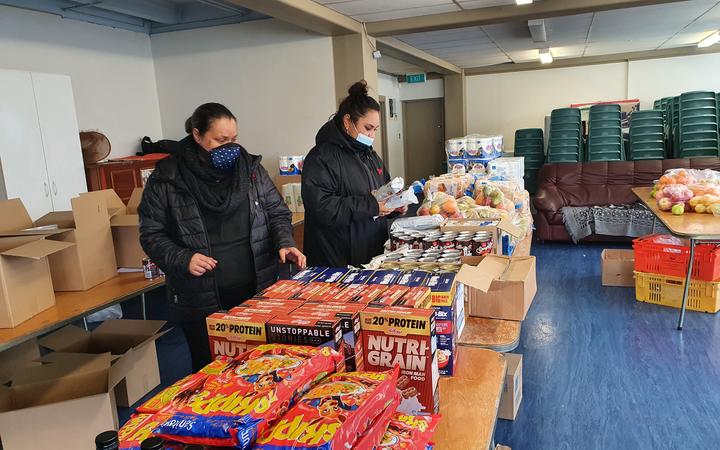 There are now 29 registered food banks serving the city. Prior to Covid-19 there were fewer than five, and one long-standing emergency food provider believes too many food banks could be counterproductive.

Benny was among them, having lost his job with Air New Zealand during the last lockdown.

“Tons of people have been laid off. You know, we’ve gone through a hard time finding a job … but because of this kind of charity’s donations it’s really helped.”

Bradley Taylor works as a landscaper, but the work has dried up so he and his young family have turned to the food bank.

“At the moment we’re not getting a lot of jobs due to the second wave – people are really taking a step back now and trying to save their money,” he said. 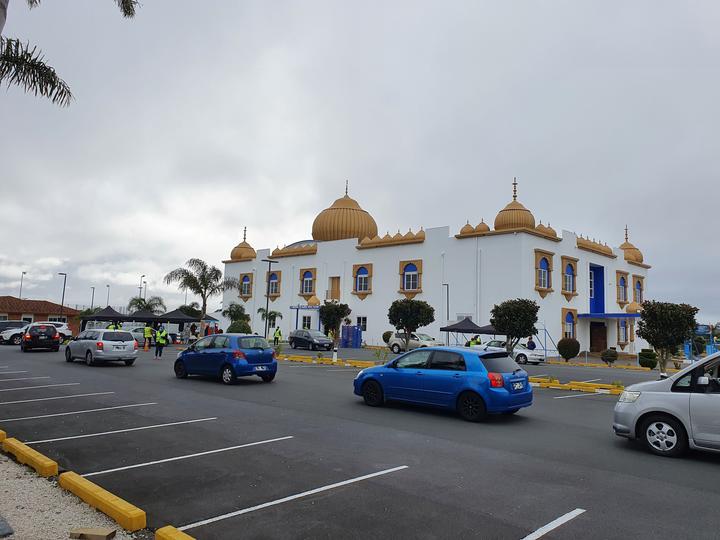 Daljit Singh is one of the organisers from the Supreme Sikh Society of New Zealand.

He expected all their 1500 food parcels to be gone by the end of the day and they are preparing another 2100 for Sunday.

There seemed to be more need in the community now than during the last lockdown, when the temple handed out 50,000 parcels, he said.

“People are in particular asking more for food than any other items,” he said. “The majority are saying that at least one of them has lost their job, or some whole families have lost their jobs, and they want us to continue to feed them until we’re back to the normal situation in New Zealand.” 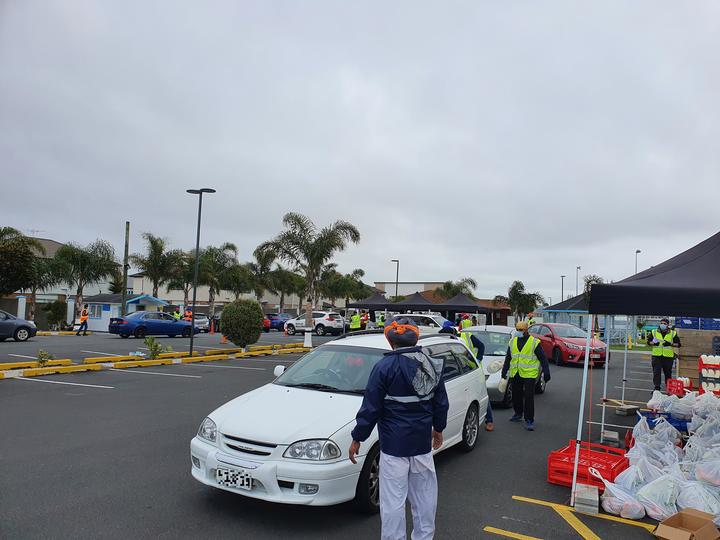 In Ōtāhuhu, Emeline Afeaki-Mafile’o and the team from Affirming Works gave 55 food parcels to families in need yesterday.

“We did something different with our food bank – we put it on Facebook a little bit after 10 at night, a click-and-collect on Monday evening, and by the time I got up at six in the morning, we had already had 100 families registered,” she said.

“There’s not a lot of money to go around and food is very expensive.”

One client, who asked not to be named, said her family was really struggling.

She is a mother of seven and her husband is overseas at the moment.

“Thank you so much for those people that are offering me some food and helping my family through this hard time,” she said.

“At the moment I’m not working – I’m a mum staying home with my kids. When these times come it’s very hard for us.” 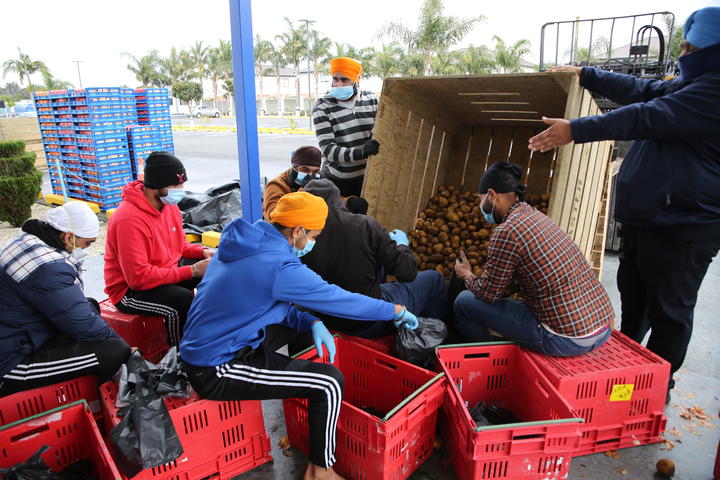 While certainly not questioning the integrity of organisations like Affirming Works or the efforts of the Takanini Sikh community, Darryl Evans from Māngere Budgeting Services said he was concerned about some new food banks that have sprung up since Covid hit.

“I’m not saying that they’re bad, but I do question: Does Auckland truly need 29 services-plus, and [what is] the reason some people open food banks?

“The reason I say that is in the last week someone has contacted me asking how they open a food bank and budgeting service? What’s involved? The question that startled me most was: ‘is there any money in the industry’?”

Evans believes it would be more helpful for the city’s food banks to pool their resources.

To help deal with food poverty brought on by Covid-19, the Ministry of Social Development says it has given $8.3 million to Auckland’s food banks.