By Jo Moir, RNZ. This story is republished with permission

At 3pm this afternoon Cabinet ministers will meet to once again decide the lockdown future of the country. 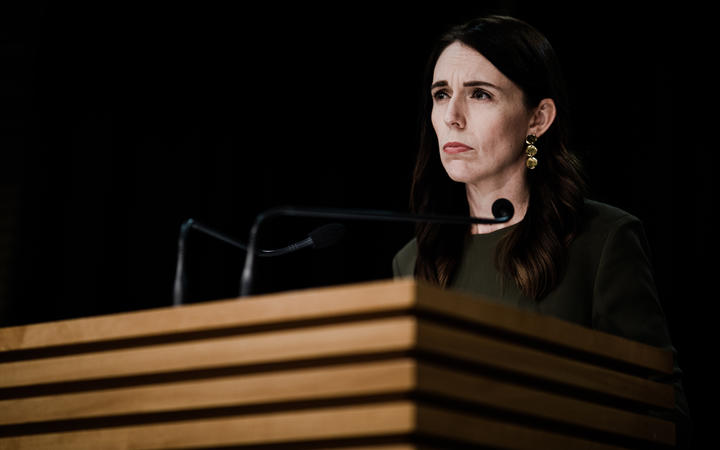 Then, at 5.30pm, Prime Minister Jacinda Ardern will step up to the podium in the all-too-familiar Beehive theatrette and announce the plan to get things back on track after New Zealand’s elimination strategy severely derailed this week.

It all comes after a new cluster of community transmission caused the country to go up alert levels, with 13 new cases confirmed yesterday in addition to the four announced on Tuesday.

Ardern’s message has always been to go hard and go early.

“Once again we are reminded of how tricky this virus is and how easily it can spread, but we know that limiting people-to-people contact really helps stop the spread,” Ardern said.

“We have a plan, we have acted quickly and now we will continue to roll out that plan.”

Within six hours of the first case of community transmission returning a positive test on Tuesday afternoon the public had been told the alert levels were changing.

In less than 24 hours Auckland was in level 3 lockdown and the rest of the country had moved to level 2.

“I acknowledge the anxiety of some New Zealanders as we are moving at pace to stamp out Covid in our community and protect the health of all New Zealanders, but the pace and the speed should also act as an extra layer of reassurance,” Ardern said.

What we knew about clusters was they “grow before they slow”, and Ardern was preparing people for case numbers to continue to rise, she said.

She only needs to look across the ditch to Victoria to see just how badly and quickly things can unravel when it comes to the spread of Covid-19.

“In Hong Kong, Vietnam, and Victoria – which are all managing the re-emergence of Covid – they in some cases waited three or four weeks before implementing restrictions similar to ours,” she said.

Ardern would not speculate on best and worst case scenarios Cabinet would be discussing today.

All the way through the pandemic, ministers had made decisions based on the latest information to hand – including the most recent advice from the Director General of Health – who would see another round of testing results this morning, she said.

But whatever the decision is, both National and ACT say Ardern should not be the one delivering the news to the public.

National Party leader Judith Collins said it was a health issue the country is facing and that was who should be informing the public.

“Certainly this close to an election it is, I think, very important if it’s made on health reasons the experts in health are actually the people advising that,” Collins said.

“If there is an issue that is genuinely all of government, then that is perhaps an issue for the prime minister, but at the moment we’re seeing a lot of Jacinda Ardern and not much separation between prime minister and Labour leader,” Seymour said.

Neither Seymour nor Collins will be sitting around the Cabinet table as ministers determine what happens next later today.

But if Auckland – or any other part of the country – was to move alert levels, Collins wanted the public given ample time to prepare.

“I think people do need to have a bit of notice and I do think that people, wherever possible, need to be brought along on that journey,” Collins said.

Ardern has signalled that if there was a change to alert levels, the public would be given enough time to prepare.

Factors to be considered

Health Minister Chris Hipkins said a number of factors would be considered when Cabinet met this afternoon.

“I think spread of the virus; the number of active cases; the number of new cases that we’re seeing each day; the number of overall test both in Auckland and also around the rest of the country and what those test results are showing us. All of those things will come into play,” Hipkins said.

If Auckland does face even longer in lockdown then Finance Minister Grant Robertson and Treasury have already begun drawing up more support for those hit financially.