Recycled objects from hospice shops and souvenirs have been used in an exhibition reflecting a Tongan artist’s personal journey with his culture.

Wellington-based Telly Tuita opened his exhibition ‘Tongpop Fetish’ in March, then suddenly it came to a halt due to the lockdown.

“It was sad for everybody involved, not just myself,” he said. 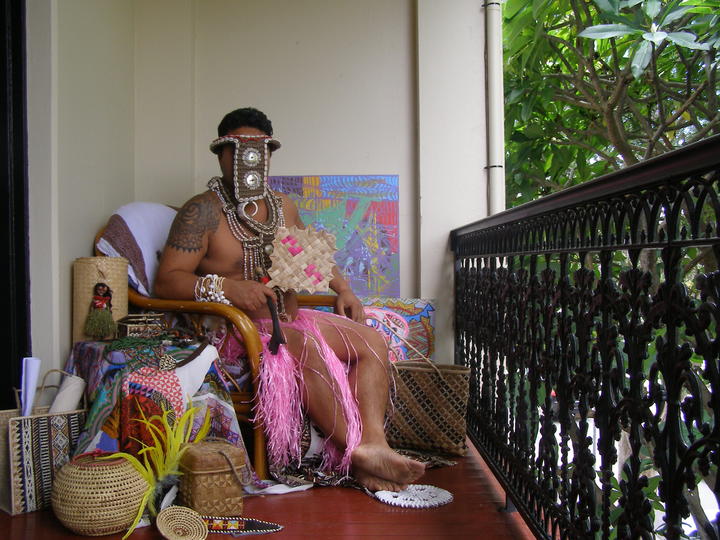 However, once alert level two was announced in New Zealand, Mr Tuita received the news his exhibition would be extended until 5 July.

“I feel very fortunate for the extension as it gives opportunity for more people to view Tongpop Fetish, which makes me happy during these unsettling times,” he said.

“This particular exhibition holds significant importance for me, as it’s my first public gallery exhibit in Aotearoa since relocating here three years ago.”

Telly Tuita was born in Tonga in 1980 and immigrated to Sydney at the age of nine.

He lived in Australia for most of his life and it was during that chapter that Mr Tuita felt disconnected from his Tongan heritage, something that informed his practice in art. 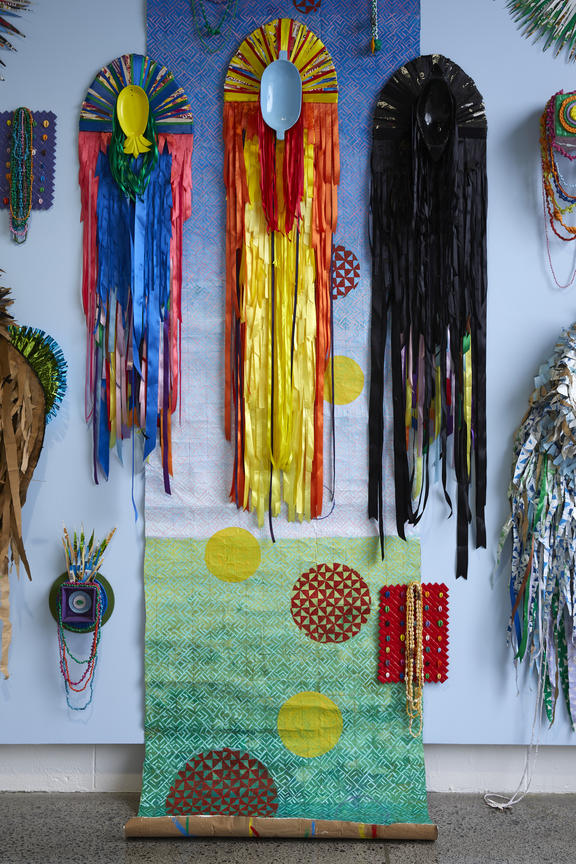 “The title ‘TongPop’ comes from Tonga and Pop, being one of my favourite art movements,” he said.

“The term fetish is seen as a deep historical narrative where Europeans collected African objects and fetished over them.”

Mr Tuita referred to his objects as “tongue and cheek” and said there were direct references to ancient Roman and Greek mythology as well as Tongan ideas of spirituality.

“Because I didn’t grow up the traditional Tongan way of going to church every day and not having the strength of cultural influence around me when I was in Australia, I had to search for my own faith.

“Through reading a lot of history books and going through art school, the figure of Hikule’o the goddess, both as an object and as an idea, I have taken on.”

In Tongan mythology, Hikule’o is the goddess of the Tongan spirit world called Pulotu.

However, with the introduction of Christianity, came the orders for the Goddess Figurines (of Hikule’o) to be destroyed, and the worship of Hikule’o was made illegal.

The works serve as a reminder of unique cultural practices and deities that have been lost over time, yet here they are reinvented through Mr Tuita’s lens. 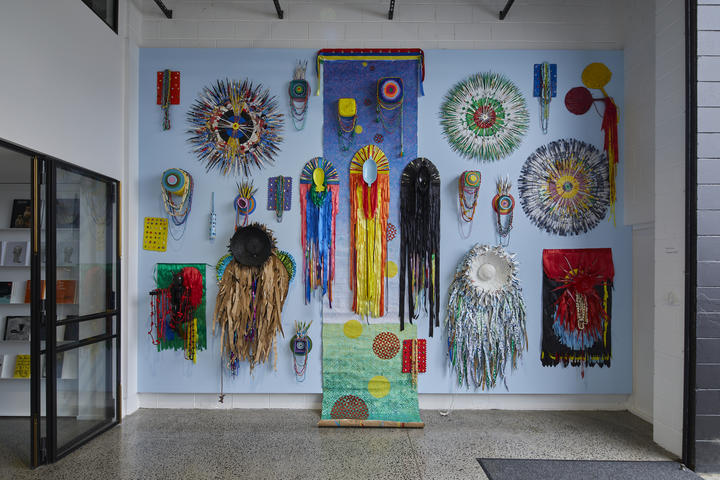 Mr Tuita said he was fascinated by how Hikule’o was able to play many different roles and depicts this interest through his art.

“Hikule’o represented spirituality and also cultural aspects that are still around today such as issues of gender and the other.”

Following his study, Mr Tuita worked as an art teacher and within special education, while maintaining his own art practice and exhibiting in group shows throughout Australia.

Since moving to New Zealand in 2017, Mr Tuita exhibited in Hamilton and Wellington and had been a finalist in a number of art awards including the National Contemporary Art Award and the Molly Morpeth Canaday Award 3D.