This article by RNZ.co.nz is published with permission under Kaniva News partnership with Radio New Zealand.

Cabinet’s decision on whether the country’s level 4 lockdown will be extended is set to be announced by Prime Minister Jacinda Ardern.

Ardern is expected to announce the decision about 4pm.

The country went into the alert level 4 lockdown at 11.59pm on Wednesday, 25 March.

It was initially planned to last at least four weeks, ending this Wednesday night, with the possibility of being extended if that was considered necessary.

The Cabinet has been meeting since 10.30am today via video link to debate whether the threat of the Covid-19 coronavirus merits a further extension or not.

RNZ’s political editor Jane Patterson says ministers have been considering how they can strike the balance between public health and the economy, or risk losing New Zealanders’ goodwill and continued co-operation.

Four main criteria are being considered:

Director-general of health Dr Ashley Bloomfield was on standby to answer any questions from Cabinet Ministers during the meeting.

Last week Ardern recognised the huge toll on business in particular, but said it was in everyone’s interest to stamp out the virus. 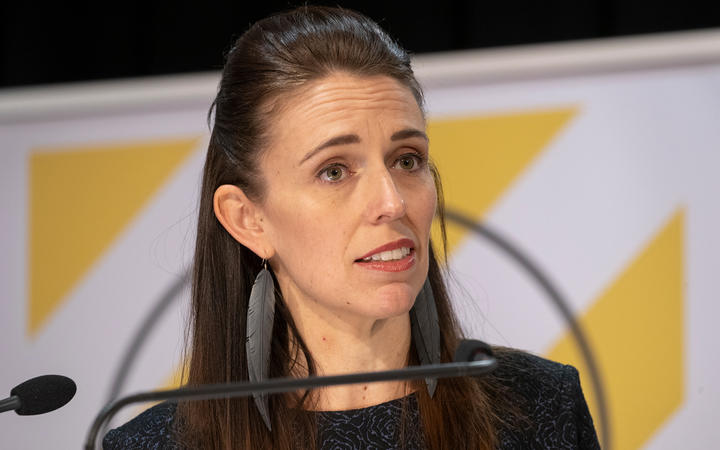 The government would be moving “cautiously” as it considered what the next step should be, she said.

“No one wants to lose the huge gains we’ve made as a country off the back of the hard work of every New Zealander.”

One of the experts advising the government about Covid-19, Professor Shaun Hendy, this morning urged the Cabinet to extend the level four lockdown a further two weeks but the government is under pressure to reduce restrictions as soon as it is safe to do so, to restart stalled businesses and revive the economy.

At alert level 3 the main message would still be for people to stay at home unless they had to leave for essential work and services.

The main benefit of going to level 3 would be the ability for thousands of businesses to start trading again at some level, as long as they stuck to strict distancing and hygiene rules.

That could include construction, hospitality and tradespeople – but bars, restaurants, gyms, hairdressers and large retail outlets would remain closed. The number of people working would increase from about 500,000 at present to about 1 million.

Schools could be partially reopened from 29 April, prioritising the children of essential workers up to Year 10, with attendance voluntary.

In alert level 3, house construction can resume as long as social distancing is observed. Photo: 123rf

People’s bubbles could be expanded slightly and they could travel a bit more widely within their own region.

Small funerals and weddings (up to 10 people) could be held under alert level 3.